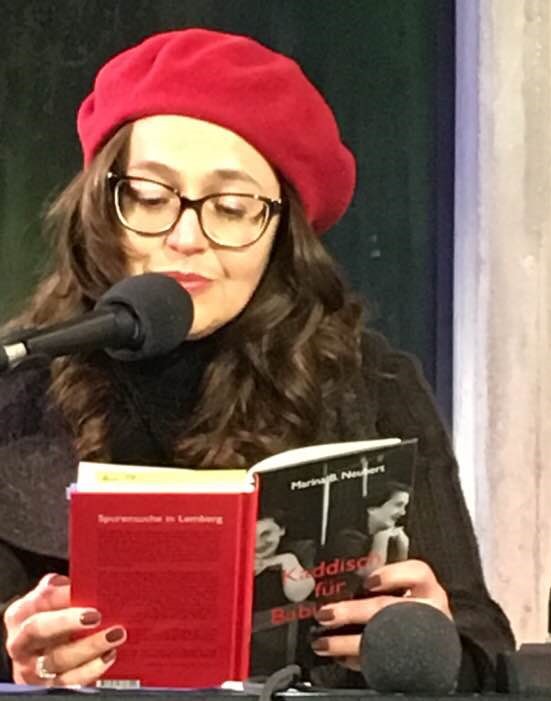 (moderator) was born in Lviv, lived in Moscow and came to Germany in the early 1990s. Her young adult novel “Bella und das Mädchen aus dem Schtetl” was published by Ariella Verlag in 2015. Marina B. Neubert lives as an author and university lecturer in Berlin. Recent novel Kaddisch für Babuschka, Aviva Verlag 2018.

She studied philology, German and journalism in Moscow and San Francisco, where she received the city’s Award of Merit for her dramaturgical work in 1994, as she did in Hanover and Berlin. In 1996 she was awarded the Axel Springer Prize for her listening feature “Erinnerungen”.